A place I call home

What caught my eye on facebook was a group called "Stop the Rainforest on Christmas Island from being cut down!!!! " As all you islanders probably know, the phosphate mine is slowly coming to an end as the phosphate sources cease to exist. Well, actually that's a lie, there are plenty more phosphate available, where all the rainforest are established.

The phosphate mine being the island's main source of employment, would leave many jobless, if it was to come to an end. Should our rainforest be the price to pay for the maintenance of the mines, or a perhaps an alternative question, for the jobs of the people at risk?

I suppose there are two ways to look at the current situation, I'm sort of sitting on the fence on this one. Firstly, where is the limit to the destruction of the rainforest ( land of the many flora and fauna) and the mining of phosphates until the place is a complete squander? On the other hand, if the mine was to be closed, and no other source of income becomes apparent, gradually it will have an impact on the rest of the island and perhaps it will become just a gem in the indian ocean.

There are approximately 700 people left on the island, with many shops unable to afford to open every business day of the week. There was a time when the resort was open and brought many possibilities of income. However these days it is mainly the mine holding the place together, unless another revenue producing proposition takes place offering job opportunities, we have to ask ourselves the question; do we save the rainforest and close the mines OR save the mines and destroy the rainforest? 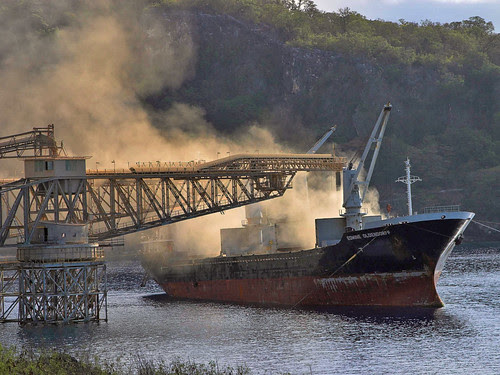 Email ThisBlogThis!Share to TwitterShare to FacebookShare to Pinterest
Labels: ci

i heard that the CIP is closing down for 6 weeks in december :( that sucks.

awww can u get paid leave during that time?

Seriouss??? 6weeks? What does that mean? The whole entire ci population will be unemployed?