I want a bunny!

I've been meaning to get a bunny for a very long time, ended up with birds instead but still want to get a bunny!! I saw fel's bunny the other day which is a dwarf lop, which can be seen on her blog here. 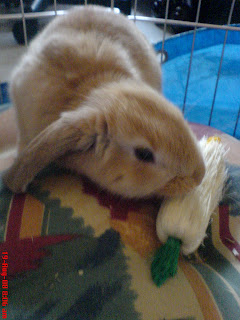 I want to get a mini lop. Which is similar to a dwarf lop but its maximum weight is 1.6 kg whereas the dwarf lop can grow up to 2.5 kg. I'm not sure where to get one though, might have to find a private breeder.

Went into the "Rabbit shop" introduced by Fel, which is located near garden city, just off Norma Road on Unit 10, 20 Sheilds Cres. It's actually a veterinary practice that does all the vaccinations and stuff but they also sell bunnies, (and breed them) and other miscellaneous stuff such as hutches, food, water bottles, etc. Rabbit lovers paradise! :P 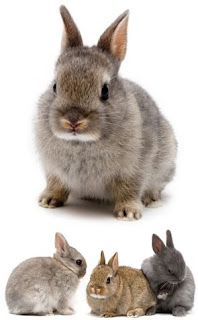 The Velvet lops is a combination of the Rex rabbit and the Dwarf lop. As the name mentions, their fur is really soft (like velvet) and they do not molt as much as other rabbits, so it's good for people with allergies!

haha omg i want one toooo!! but i'm worried i might kill it ... i'm hopeless at taking care of animals

kekkekek I FINISHED MY CAGE MAI MAI!!! it is now a 3 level condoOoOOo!!! even with a penthouse *cough* suit X) hehheheh