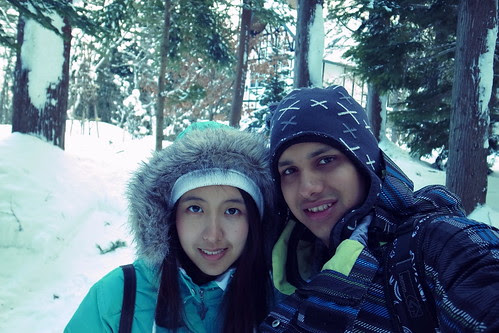 My very belated post on my trip to Japan. My amazing Japanese trip consisted of 7 days in Hakuba, a very cute snow village and 5 days in the bustling city of Tokyo. 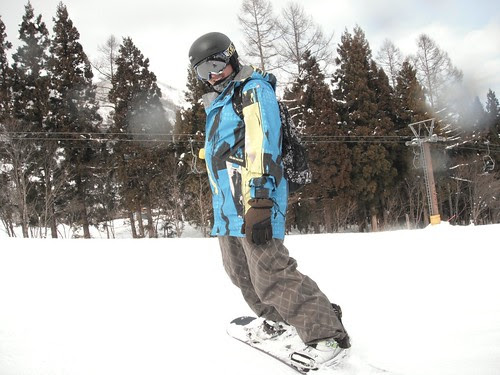 Our week in Hakuba was truly majestic. It was literally snow heaven for the snow lovers. Rob & I had booked ski passes for 5 days and happily used up those passes well! Snowboarding in Japan is very well structured compared to Australia and NZ as the hotel we stayed in was right at the bottom of the slopes compared to the usual long winded drive up to the mountain back home in our country and our neighboring country. That meant we could go home for lunch and hit the slopes right after. Loved it! Also there is sooooo much more SNOOWWWWW than I have ever seen in my life!!!! 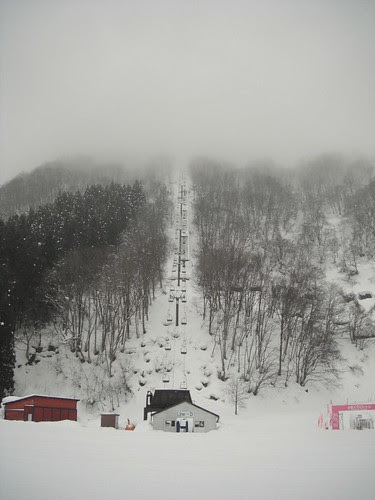 During our time in Hakuba we managed to visit the different mountains, Happo-one, Hakuba 47, Goryu & Iwatake. Each mountain had its own perks and cons. Our favourite mountain had to be Iwatake because of its nice long wide runs and the amazing view as you take the Gondola up to the top.

As much as Hakuba delivered much of the Japanese culture and diversity I seeked, its downfall remained in the ABUNDANCE of Australian tourists found there!!!! It felt like mini Australia there and they even had an Aussie pub/restaurant and everyone that was in there was Australian and the food they sold was Australian. I have nothing against Australia/ns but when I go on a holiday, it is to get away from the country!! Other than that, all the local Japanese people were really accommodating and damn polite!! I ran into another snowboarder on the slopes and SHE apologized to me...whhaaat?! They are insanely polite and gentle beings. There were many little shops, pubs and restaurants scattered around town and it was easy enough to get around on the free shuttle buses that ran rather frequently.

The hotel we abided at was called Hotel De Laile. The lady at the front desk is the nicest lady I have ever met. She seems to have the answers to all our questions and is able to produce shuttle rosters and maps from thin air. We even requested for a spoon and she went out of her way to retrieve two for us! AND THEN, on Valentines Day as she was heading home from work we crossed over at the entrance and she offered us some of her strawberries dipped in chocolate!!! S2 For these very reasons, I highly recommend staying at Hotel De Laile! Despite the very rock hard beds and insanely small bathrooms, she made our stay exceptionally pleasing. Oh however I must mention that the onsen at the hotel ROCKS, in spite of the awkward nakedness culture of it all. I so want an onsen in my house!! There was also an outdoor onsen which was surprisely a pleasant experience other than the fact that the snow wall that prevented the outside world from peering in appeared to be disintegrating and of a fluctuating thickness consistency.

The food in Japan was overally delicious and mouth-watering. Price-wise was very similar to Perth, Australia but oh my god...it cannot compare to the quality of the Japanese Food. Everything was just so tasty and appealing both visually and spiritually. 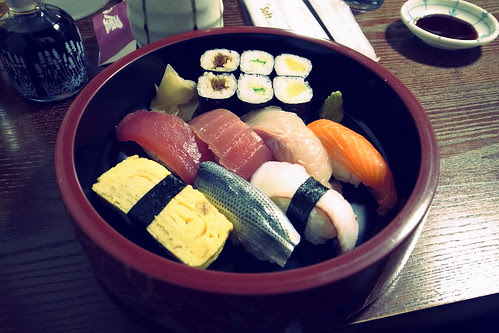 On our one day off from snowboarding, we booked a tour to see the Zenkoji Temple and the infamous snow monkeys. Definetly a highlight of my Japan trip. These little creatures of delight are full of character as they make snowballs, swing from ropes and bathe in the natural hot springs. Food is prohibited from the park as the monkeys would try to snatch it off any persons No trip to Hakuba would be complete without visiting these cheeky little buggers. 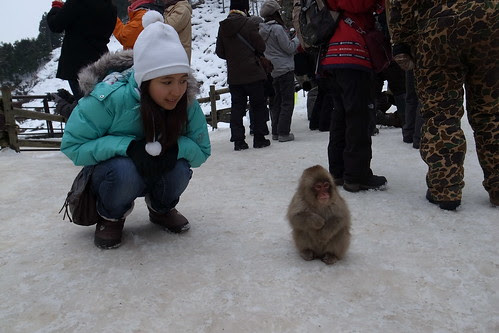 Junki was the name of the guide that took us to see the temple & monkeys. He was such a character and full of knowledge of the Japanese culture & surroundings. He called himself Junki-chan! haha. 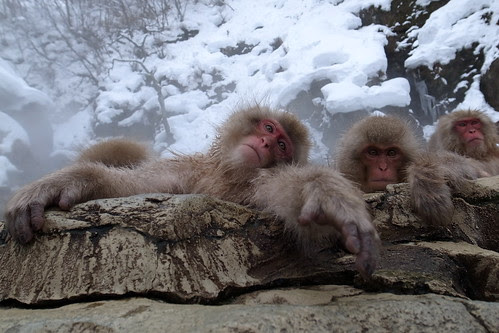 Our Hakuba stay sadly came to an end and Tokyo was our next stop. On our way to Tokyo we visited Matsumoto Castle. Matsumoto castle formerly known as the Fukashi Castle, is a branch castle of the Ogasawara clan. It was built in 1504 by Shimadachi Sadanaga and was attacked and captured by Takeda Singen in 1550. The castle maintains most of its original wooden interiors and external stonework and is listed as a National Treasure of Japan. At the castle we met some real samurai warriors! 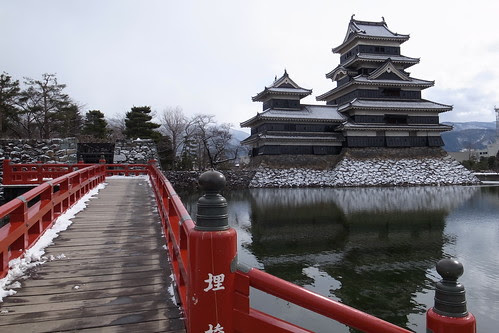 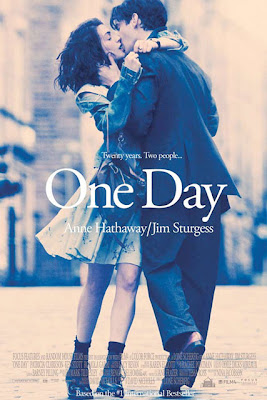 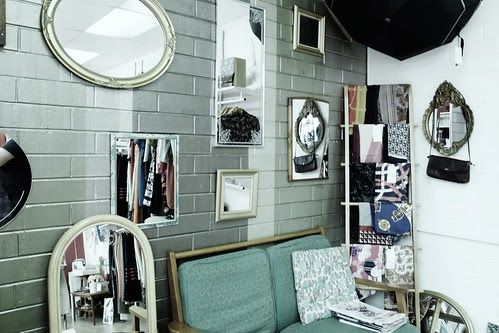 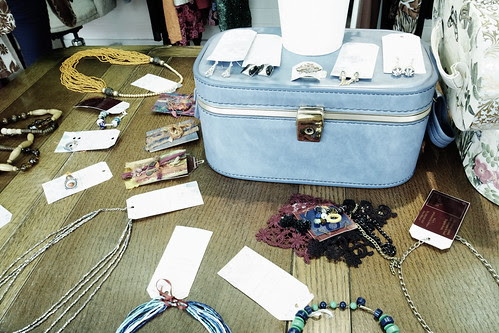 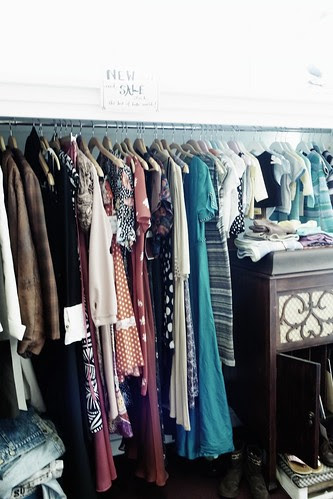 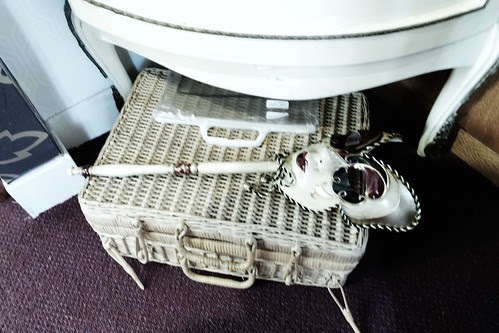 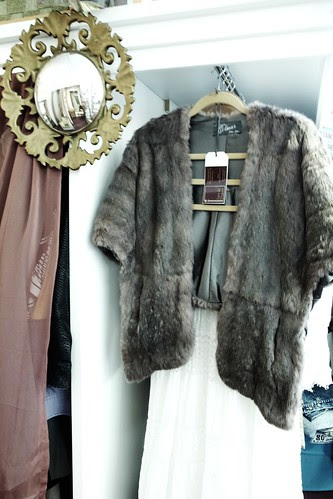 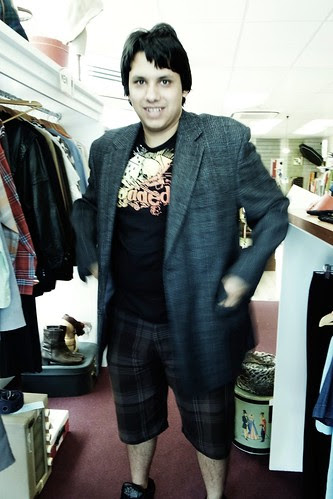 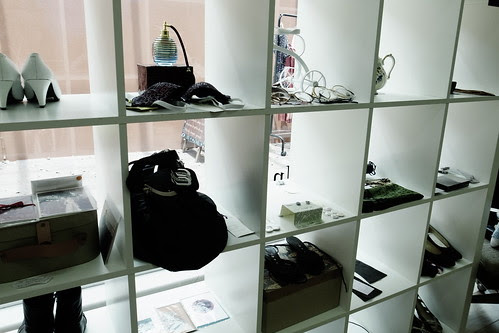 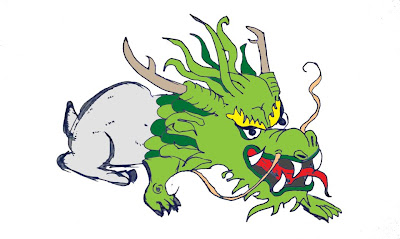 My Drabbit - born in Jan, head of a dragon, tail of a rabbit
Happy New Year!~
It's the year of the Dragon which is supposedly meant to be the luckiest of all years and it is also 2012, the end of the world. I feel as if time flies a little faster the older I get. I can't believe it's already near the end of the first month.

Looking back on the year 2011 and I have to say it was a pretty epic year by all accounts. I graduated, found a job, travelled to Canberra, Singapore, Malaysia, Melbourne & New Zealand. I started the 365 project which I unfortunately did not complete but still happy that I managed to go 136 days into it. I read a few books and managed to get a little bit of fitness into my inactive life.

My new year's resolutions very similar to last year's but:

and I would like to add this year's motto will be:

Slow it down.
It's good to take things slowly, enjoy the little things and stress less.


I'm hoping this year will be even better and it has already kickstarted an upcoming trip to Japan in February which I am absolutely looking forward to. I attended my first bikram yoga sesh this year which I am hoping to participate in more often. Last night I went to the Laneway Night markets which was quite nice. Tonight there are Chinese New year Celebrations at the Northbridge Piazza and food stalls and performances. 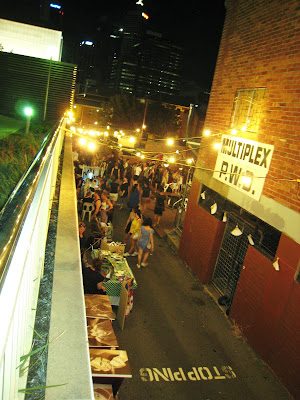 Laneway Night Markets
Posted by Mai at 2:04 PM No comments: