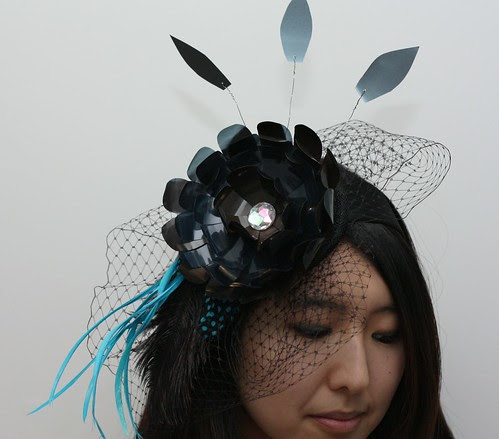 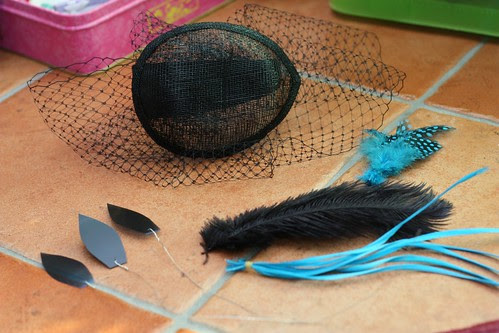 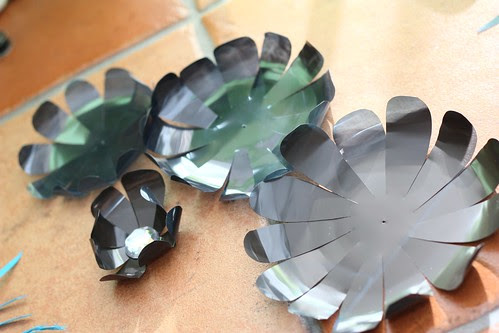 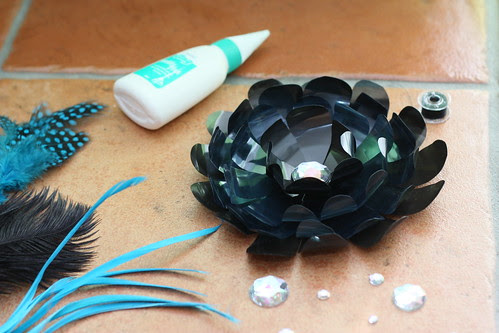 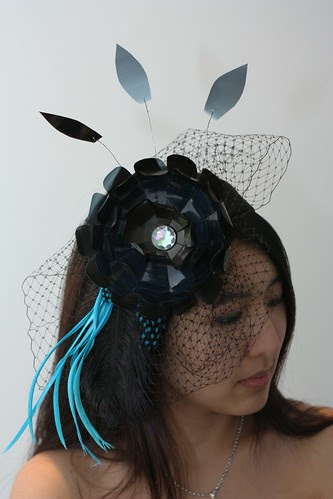 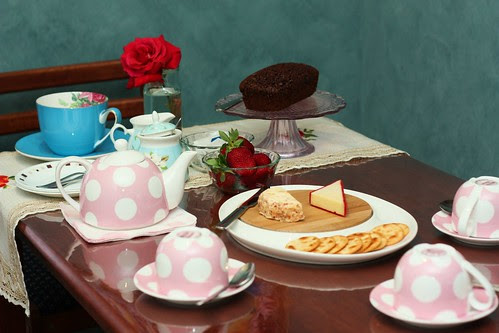 I had leftover cheese from my cheese platter so invited a couple of friends over for a mini tea party at mine. We decided to tape my Diana Mini coloured filters on top of our Fujifilm Instax Mini 7s flashes to create crazy coloured outcomes! 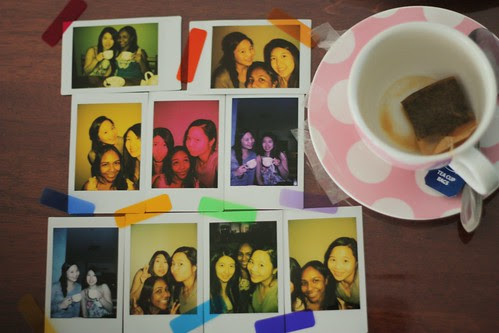 After googling colour filters I came across this article on the lomography site that has another colour filter idea for the Instax Mini 7s. I will have to try that one day!
Posted by Mai at 6:31 PM 2 comments:

Today was the last day for the students working at Shents so they made some Brownies and we decided earlier that some of us would bring in some food as well so we could have a little tea party at work. Two girls brought in two different types of brownies and I decided to bring in a cheese platter. Got a little bit carried away and went Thursday night shopping and bought some beautiful Maxwell & Williams dinnerware and cutlery for cheese platters. Plated up three different types of cheese with crackers and mini toasts and garnished it with a fanned homegrown strawberry. Pictures below! 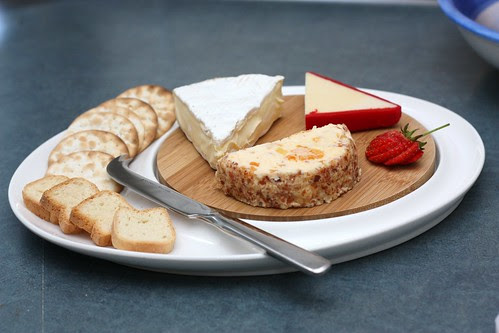 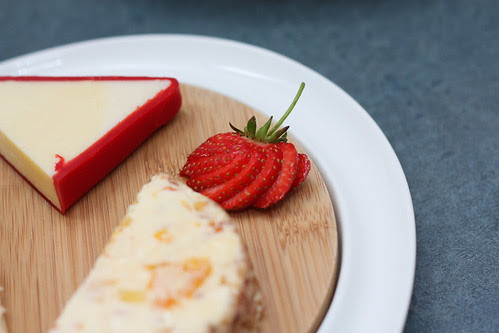 My fanned homegrown strawberry, oops should've snipped off the stalk. 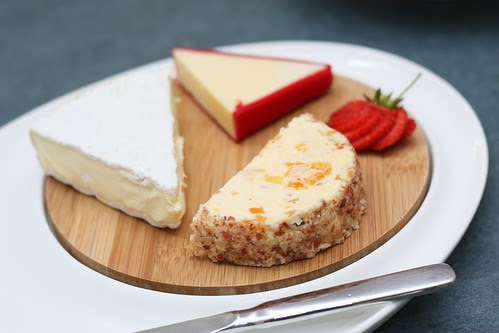 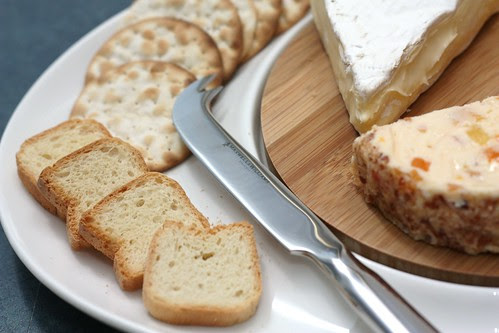 Crackers & Mini toasts.
Posted by Mai at 7:12 PM No comments:

Got the Green Thumb

A trip to Bunnings. 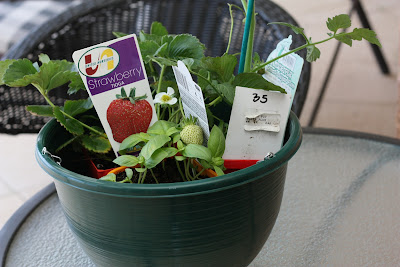 Strawberry, Basil and Grape Tomatoes.
wish me luck...
Posted by Mai at 9:38 PM No comments: 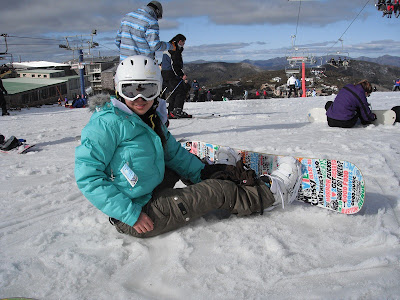 I have been MIA for a few months, oops! I blame my long hiatus on my 'recent' employment at a public hospital! I am happily working and earning some moolah, very exciting stuff! I shall write a catching up blog entry on the snow trips I've been on in the last month. One weekend (26th of August) we decided to fly to Melbourne for a snow trip. Rob & I flew on a Friday night and came back on a Monday morning, and had work that Monday afternoon! It was hectic but oh so fun! We went up to Mount Buller and snowboarded til our legs couldn't hold us up no more and explored Melbourne City and met up with a friend that lives there.

One week later we flew to New Zealand for another snow trip! We spent 10 days in NZ driving from Christchurch to Kaikoura to Wanaka, then Queenstown, to Methven and back to Christchurch. This time we went snowboarding at Mt Hutt and Cadrona! It wasn't that snowy this time of the year but it was still ten times better than Mt Buller and also much much cheaper. Got to catch up with my amazing NZ friends again which was awesome. We went to Hanmer, initially to go to the hot springs but ended up quad biking in the mud. NZ never ceases to amaze me with its amazing scenary! I've forgotten how beautiful the place was. 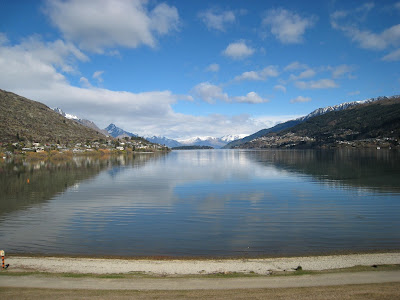 If you ever go to Queenstown, I highly recommend the Onsen Hot Pools which is an indoor/outdoor spa. By that I mean, it's indoors but it has A RETRACTABLE ROOF!! With the push of a button *POOF* you're suddenly outdoors looking at beautiful mountain views or if it is at night, star gazing into the magnificent night sky! Also, if you choose the candlelit pamper pack like we did, the spa room is filled with many a candles. The only negative comment I can offer was that the candles weren't real candles unfortunately (poo). Otherwise it gave a relaxing and amazing atmosphere.

Not us - picture from Onsen website
I have caught the travelling bug again and the minute I got back to work, filled in my leave form for my next trip! Next stop: Singapore in November! Can't wait!
Posted by Mai at 8:38 PM 1 comment: