hey shorty, ITS MY BDAY!

Weeeeeeeeeeeeeeee...I turn 19 today!!!
Thanks for all the messages guys...didn't manage to sleep in today haha nahh i luv yalls'

Well i had an early bday dinner last night because the restaurant is closeddd on tuesdayss :) 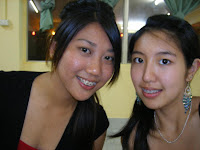 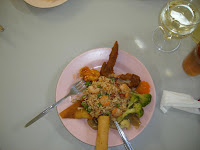 I brought martini with mehh and likes everyone had like... 3 drinks each HAhaa..wine, free tea and a softdrink and weif calld water so she had four.. 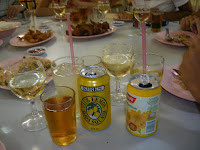 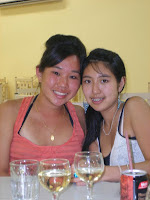 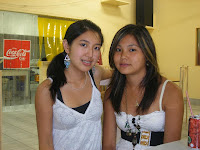 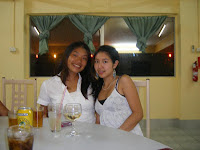 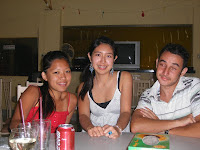 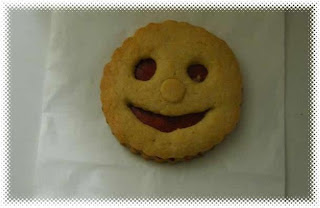 Went to bosun's last night with the usual crew...weifers, adam, kahsean, puits, agnes, meau, omar, shaylon and karyan. I had paella with wahoo and seafood. Didn't know that paella was spanish rice..blehh but dessert was yumsy, shared with weifers, apple and blueberry crumble with custard..Mm mmm 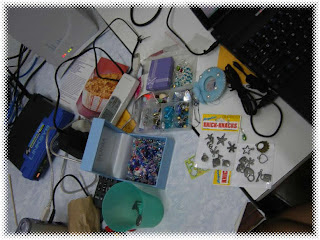 My artsy crafty stuff all over the table...hehhe.. gon make some earrings these holidays..when i find my inner creative side...O.o hmm

Yeah, nothing much happenin'
b-o-r-e-d

A day at the cove. 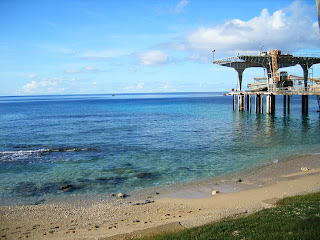 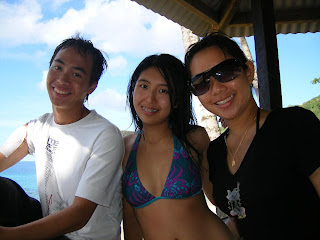 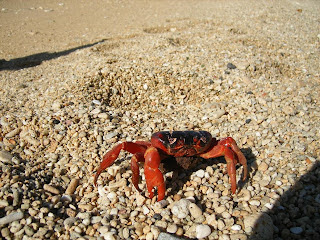 Email ThisBlogThis!Share to TwitterShare to FacebookShare to Pinterest
Labels: beach

Back to my island home.,.

Who said there's no shopping on the island Mumsy bought me a bag as an early bday gift ...Gosh i love it :) ... the second present iv gotten now for my bday...first one from my beloved robbbbb, a pair of earrings which im absolutely in love with..

mmm thats all for now...

HAPPY NEW YEAR to everyone ! weee its 20O7, to think one year would past so fast...
how i spent new years:

31st december 2006
cant remember what i did in the morning..hrms..probably watched anime lol... went to visit rob for a bit :D <33>.< the host of the party was really nice and invited us in for drinks when we told her we were leslie's friends (hrms,..moreso winnies friend whose bf is justin whose brother is leslie..see the connection?) . So we went in and the girls had drinks

winnie and crew came and we left pretty soon after coz it was realli awekward and we'r not the best gate crashers :P decided to go to shelley foreshore after droppin yen n subu off. Halfway on the freeway (oo rhymsy) winnie called and said she couldnt come coz they still wanted to stay...poor winnie shouldve taken her with us!... so by the time we got to shelley bridge..it was pretty earli/late so everyone was just sitting in the car (fel managed to sleep thru this) and i had to go home so that was the end of our lil new year adventure. whilst dropping yl off, fel woke up and said..."arent we going to shelley bridge?" lol shes awesome! :D

woke up ...watched bit of peter pan and grizzley falls..on tv til like 3 or so... got ready n stuff...and headed to the beach weeee!! rob and Rob went to the beach too ^^! weeee!! had maccas takeaway and played in the waves and watched the beautiful sunset.

rob told us bout the fireworks display at shelley foreshore so got everyone to go however... we saw the fireworks while we were on the way there, from the car...and by the time we got there...IT FINISHED :( :( :( so we just went homes....