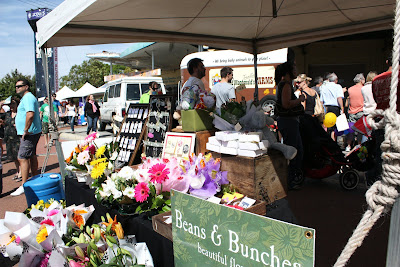 I love exploring Perth and attending all the community festivals & other local happenings so when Angove Street Festival was advertised, I quickly marked it on my calender as a little reminder! So that is what I did today, attended the festival held on Angove Street, or as the locals like to call it the 'Hangover St'. 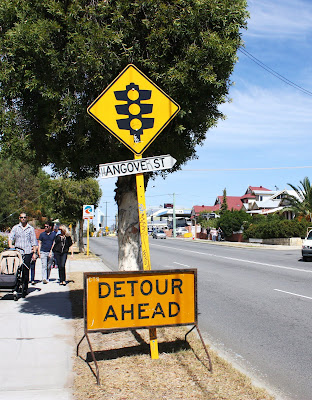 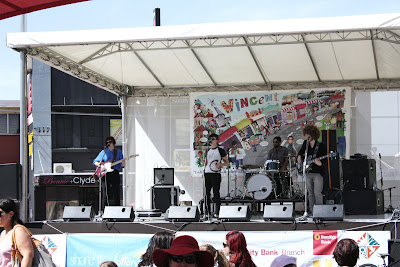 I live on the south side of river so I don't normally shop in North Perth so it was nice to wander around and I discovered a lot of local shops and cafes that I would love to go back and visit. 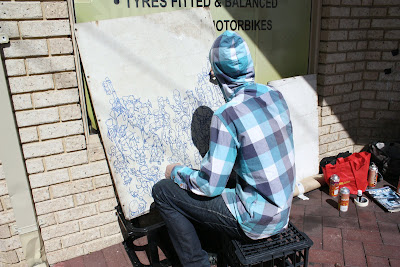 There was some live graffiti art demonstration at the festival and I really liked this particular one. It was a picture drawn with a permament marker of all the different people he saw walking down Angove Street. 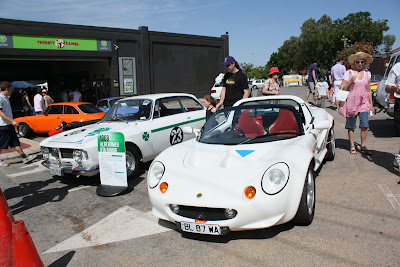 There was also a mini car show featuring mainly Alfa Romeos and a lonesome Lotus Elise which was my favourite.
Posted by Mai at 6:40 PM