How I spent valentines 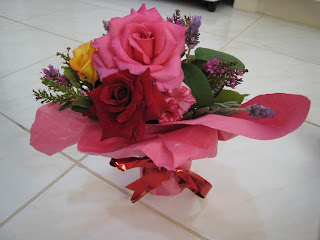 Roses and lavender and some other purple plant from the garden, smells really good :)
So Robbie decided to trek all over Australia from Orange to Sydney to Noosa to Brisbane to Orange to Canberra and desserting me on the most important day of the year!!! Okay, Valentines doesn't mean all that much to me but yesh didn't spend it with my Roberto!! What I did do was make some valentine gifts for Rob's family from just stuff at home. I made cards, lil' chocolate bars wrapped up in cellophane and some flowers from the garden!) Look at my artwork!! 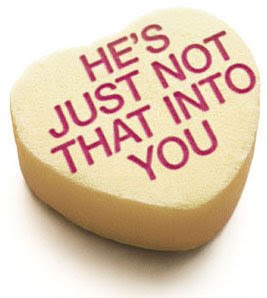 Later at night went to watch "He's just not that into you" with Sabina. I really liked the movie, it was hilarious. The movie is based on a self-improvement book written by Greg Behrendt which basically tells you the signs whether he's into you or not. I would recommend it :) It stars quite a lot of famous actors/actresses. And damn there were a lot of valentine couples at the movies haha. 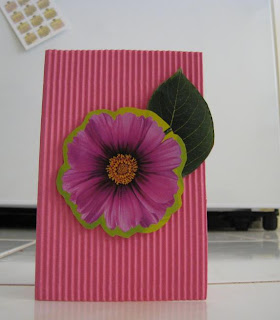 Magazine cut-out of a flower with its leaf attached underneath 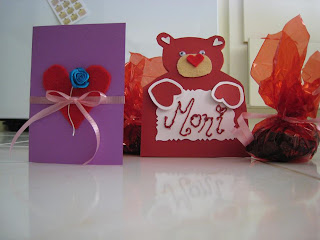 Blue rose card and the teddy bear card saying "Have a 'Beary' Happy Valentines!" haha
Posted by Mai at 6:05 PM

WHYYYYYYYYYYYYY LONG TIME NO SEE SEXYYYYYYYYYY!!! IMMMMMMMMMM BACKKKKKKKKKKKKKKKKKKK!!! heheheh HOW WAS UR TRIP?!?!?! U MUST BLOG ABOUT IT!!! X) MUST CATCH UP AGAIN!!!! kekekek I MISSED U MY DARLING!!! T_T love u long time <3