Why the Nokia e63 is better than the e71 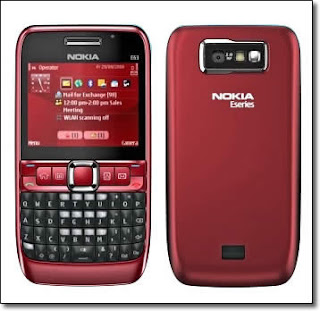 I got the nokia e63 not too long ago, I really like the keyboard and its price is so much more reasonable than the e71 or the blackberry. The nokia e63 was made in relation to the e71 however it is much cheaper in price due to some drawbacks such as it has a plastic casing instead of metal which makes the phone much lighter. It's really similar in that it has the QWERTY keyboard, GPRS, Wi-Fi, Bluetooth and even Infrared as connectivity options. The camera is 2MP compared to the 3.2 on the e71 however the new touch sensitive Navi-Wheel which encircles the traditional d-pad makes it easier to flip between menus. It also has a media player and FM radio. The back is smudge-free unlike the e71 and the front has a attractive glossyness. It is red, such a pretty colour :)
Posted by Mai at 8:12 PM