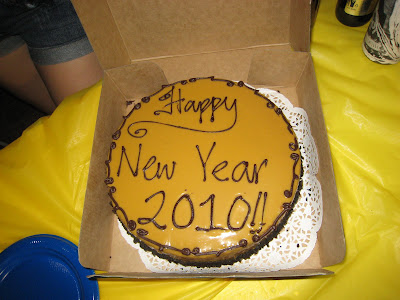 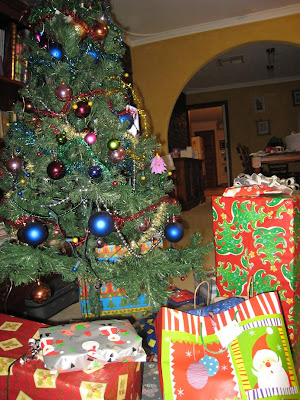 Christmas Pressies
Got to open presents early this year - 23rd of December to save us from bringing all the presents to Bunbury! We headed to Bunbury on the 24th and there's a new freeway that leads straight to Bunbury so it took around 2 hours. 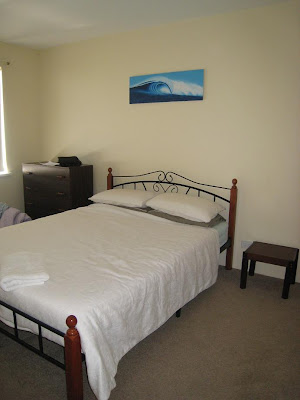 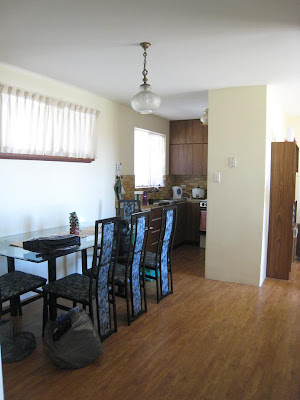 Dining Room/Kitchen
Day 1:
We stayed in an apartment just off Ocean Drive and there's a nice view of the sea! 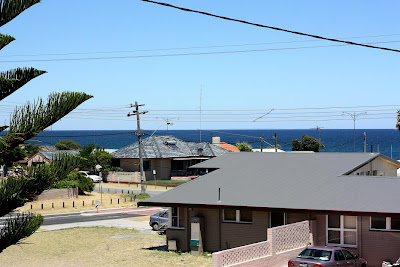 View from apartment
It's just a 1 minute walk to Back Beach and it's gorgeous. 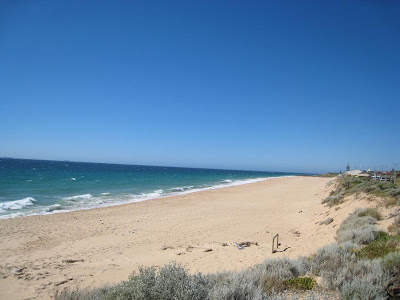 Day 2:
CHRISTMAS DAY!!
We started off the day by touring around the area and went to Tuart walk - which is a nature trail that only had trees, trees and more trees.
Later in the afternoon, we went to Koombana Bay to go try out our new snorkels because there aren't any waves there. 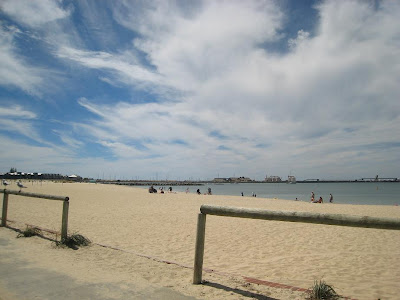 Day 4:
There is a small wildlife park near the Big Swamp in Bunbury that holds many birds and marsupials that you may feed and watch. We fed kangaroos, ducks, peacocks, swans, rabbits, emus, and the list goes on. 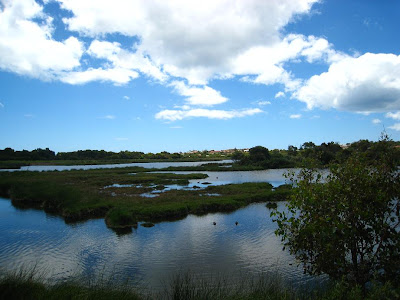 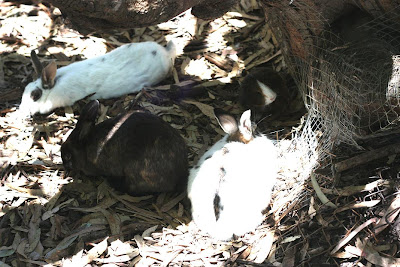 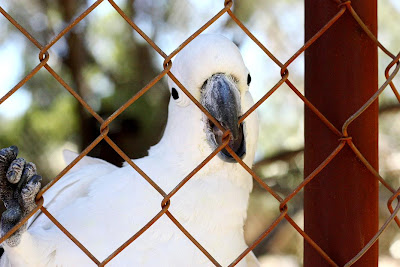 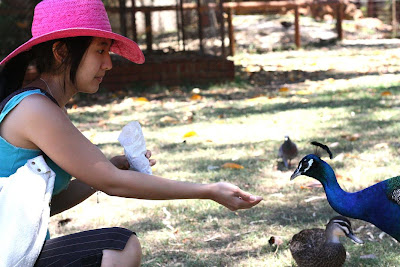 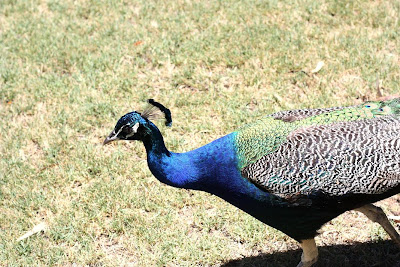 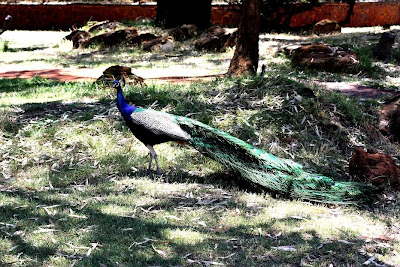 Didn't get to see it fan its tail 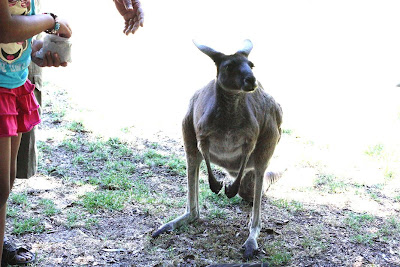 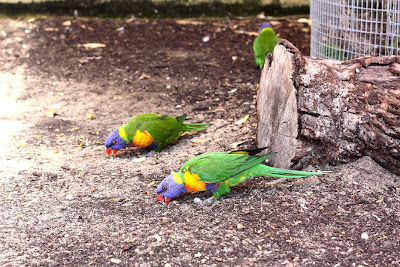 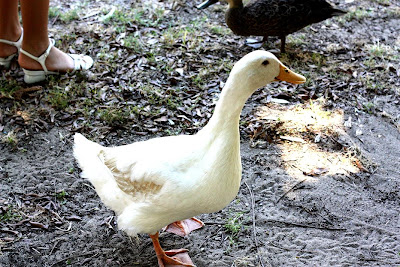 Goosey
After the wildlife park we headed to the Gem Stone Museum where a nice German man named Heinz told us about his adventures in collecting various stones and items from around the world. There was lots of sparkly gem stones as wells as insects, shells, vintage guns that was on display.

Next stop, we went to the Busselton jetty which is meant to be the longest wooden jetty in the Southern Hemisphere. It is 1841metres long! 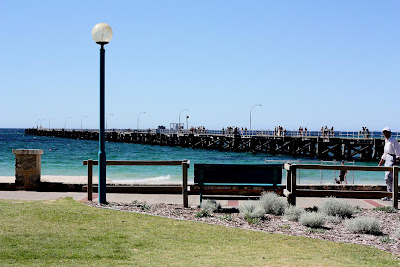 In the afternoon, we broke tradition and swam at Back beach instead of Koombana Bay!

Day 5:
Day was planned out by Rob's sisters and first place we visited was the local chocolate factory called 'Taffys' which is a really small shop that sells chocolates and candies. We bought a few to try and got free salt water taffys to try.

After Taffy's we went to the lookout tower and it had a really nice view of the coast. 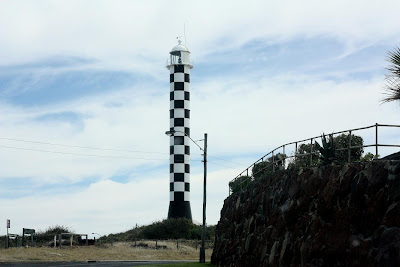 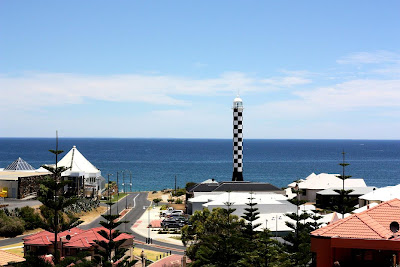 View of Lighthouse from the lookout tower 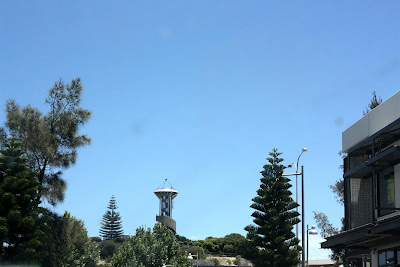 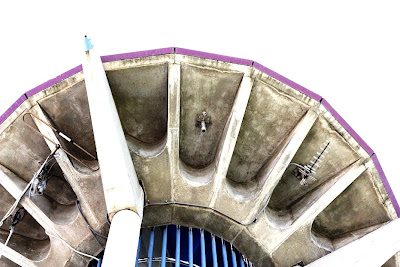 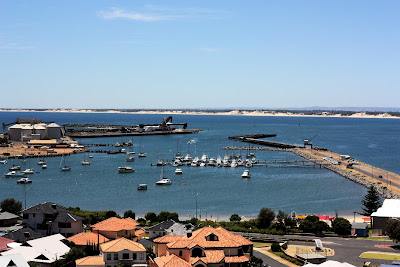 View from the lookout tower

After the lookout tower we went to another jetty but this time in Bunbury and walked on it. Later in the afternoon, we swam at Koombana Bay.

Day 6:
Today was Rob & my day to plan out the programs for the day! Early in the morning we headed to the Dolphin Centre which is on Koombana Bay. It's not worth it, if you're heading to Bunbury, because the 'interactive zone' is just the beach area at the front which is like free access to the public. However the money does go towards some dolphin charity or research. We didn't see any dolphins - dissappointed. Apparently we missed them by ten minutes! Blehh.. they swim right up to the shore!

Next we went on a day trip to Dunsborough which is about an hours drive, bit less. We were going to the Cape Naturaliste Lighthouse which we saw in a brochure. On the way to the lighthouse we stopped at the Dunsborough town for a quick toilet break and refreshments.

After the lighthouse we went to Ngilgi Cave which is one of the highlights of the trip! Ngilgi cave is located in Yallingup right next to Dunsborough. The cave was found in 1899 and is about 45 metres deep! 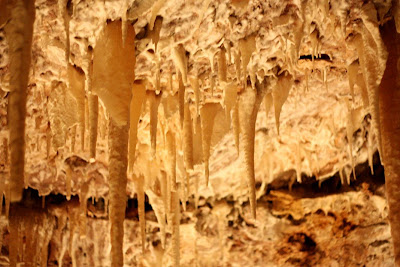 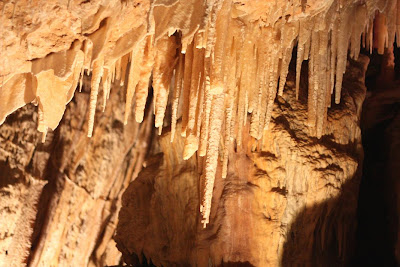 After the cave we explored Yallingup which is a pretty little place with a nice reef and big houses. 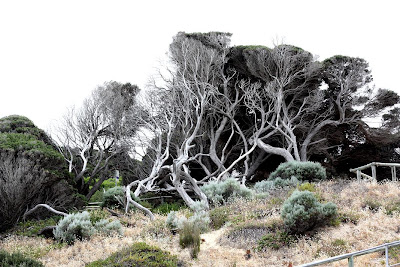 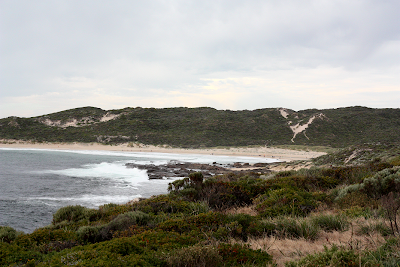 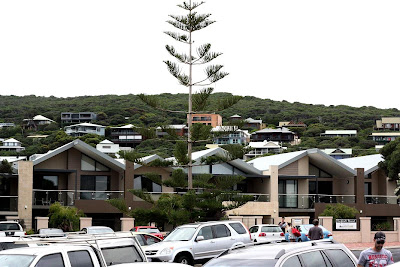 Yallingup Houses
From Yallingup we drove down to Margaret river and visted the Chocolate factory. Grabbed a few handfuls of chocolate samples and went to the liqueur place (forgot the name of it). For $2 you could try three liqueurs and one pre-mixed drinks. Didn't really like any of the ones I tried though unfortunately. By 4'oclock we were starving because I forgot to include lunch into our day programme! We had Chooks for lunch and drove to see the coast and the 'margaret river'. 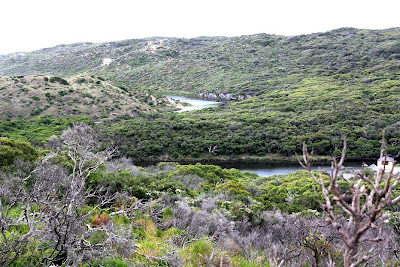 Day 7:
We were worn out by all the activities we squished into a week. We went to the beach in front of dolphin centre and tried our luck at seeing the dolphins and failed miserably. Lounged around all day and swam at Koombana bay later in the day. At night we cleaned and packed up to got ready to head back to Perth!
Posted by Mai at 8:42 PM

The lookout tower was freezing up there when we went, so didnt get to enjoy the beautiful view for long! and the busselton jetty was closed for construction when we went :( so didnt get to walk it. did you get to walk on it? ooo yallingup and Margaret river looked pretty, we didnt bother travelling further. LOoks like a good fun family trip. HOpe you are enjoying your breakkkkkkkkkkkkk :)

Thanks yueh lai!! yeahh got to walk on the jetty but it was half under construction so the observatory was closed. Are you back to work yet?