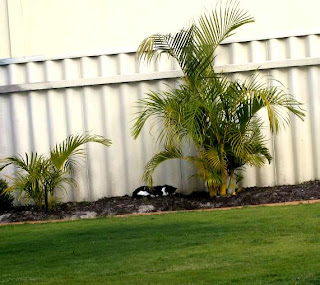 Tommy taking a nap in the backyard
Let me introduce to you 'Tommy' my occasional pet. What is with the word occasional? Well, every now and then I get a visit from this black and white cat whom I've named Tommy. Ok, it's not my cat...but it comes over so often it might as well be, right? (I have no idea who it belongs to)

The Pros&Cons of having an occasional pet 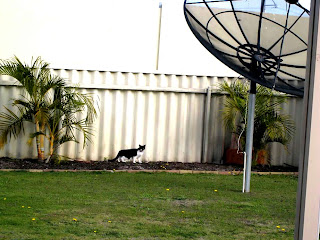 Tommy running away from me trying to take a picture 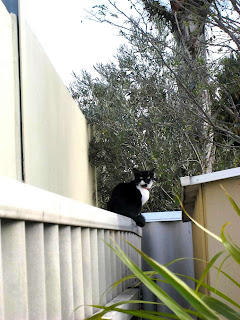 Tommy sitting on the fence, afraid to jump into the neighbors yard because they have a dog.
Posted by Mai at 2:36 PM

Email ThisBlogThis!Share to TwitterShare to FacebookShare to Pinterest
Labels: pets