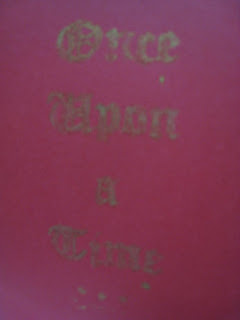 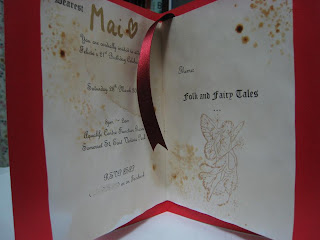 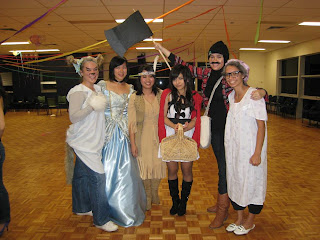 I have been busy, busy, busy with tests and assignments and events! On the 28th of March, Fel had her 21st Birthday party and the theme was: FOLK AND FAIRY TALES!!

I love dress up parties!! It was night full of photos!!! Fel was one and a half hour late for her own party!!! Not surprised! I borrowed my costume from my friend, who made the costume herself!! It was really well made! 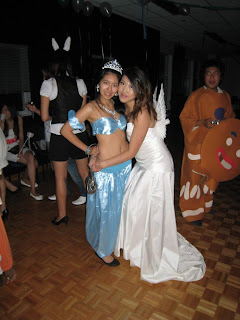 Me and the birthday girl :D:D:D 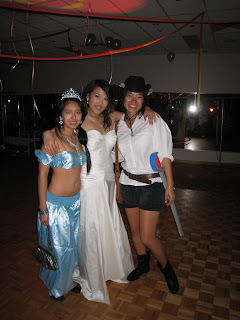 Me, Juliet and Puss in boots 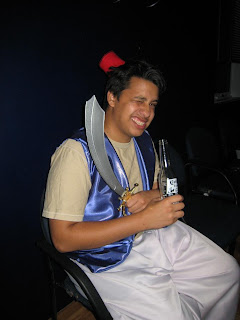 I made Robbie's Aladdin's costume!! The purple vest, white baggy pants and the hat is made from a yoghurt container wrapped in felt :). The belt, which can't be seen, is mine, and the sword is recycled from my pirate's party :D!! 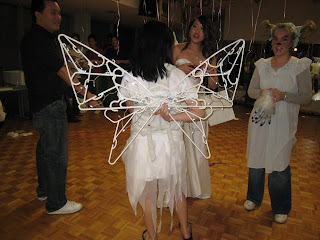 Look carefully at the wings, they're made from coat hangers!!!! That's creative, not only that but there was fairy lights entwined in it and they lit up!!!! Very cool! 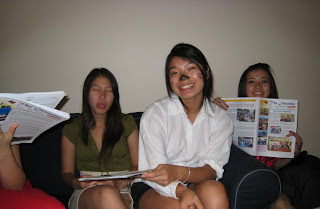 Here is a picture of Weif BEFORE SHE RUBBED HER BLACK NOSE OFF!!! :P :P and the other girls reading the islander! 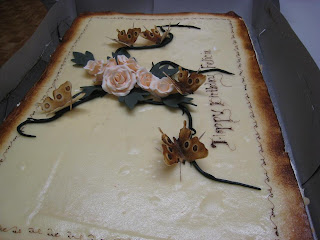 AWwWWwwwWw!!! THANKS BEBI!!! ur THE BESTEST!!! XD u looked SOOOOOOOOOO gorgeous!!! such a cute couple with aladdin i must say XD thanks for sharing my bday with me!!! i love u HEAPS AND HEAPS!!! <3