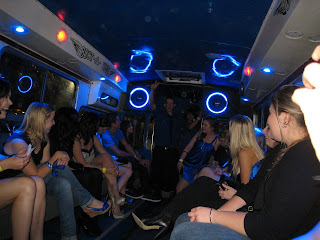 On Friday night, I attended the Pubcrawl for Medical Imaging Students that is held every year. This year we only went to 4 pubs in comparison to the 6+ we went to last year but I didn't organise it so I guess I can't complain. Started of at the Curtin Tav, next stop Carnegies, then off to the Leedy and ended up at the Paramount! I have to admit I did like this year's bus better because it had seats on the sides of the bus facing each other and nice blue lights and other coloured lights flashing throughout the night. 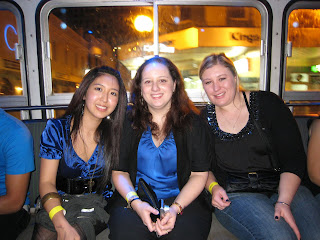 The theme was electric blue which amazingly had a good turnout. Not many people from my year went which was a little disappointing but otherwise it was a good night. It was really eventful for my friend Jasmine who got locked in the toilets at Leedy but managed to kick her way out and she rode on the bull. There was some Mexican theme going on at the Paramount. 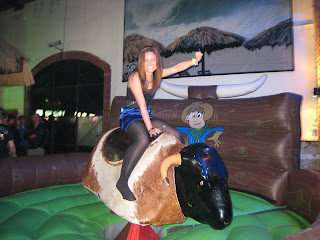